HAVE COME OF AGE

SEE: http://cultofthe1st.blogspot.com/2018/09/why-christine-blasey-fords-high-school_19.html
"Loss of consciousness is often an integral part of the party scene" 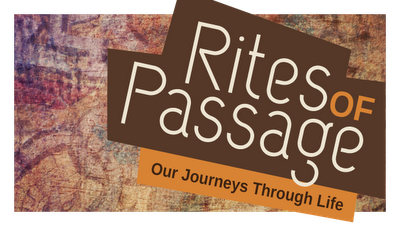 BY PAUL JOSEPH WATSON
SEE: https://www.infowars.com/bombshell-kavanaugh-accusers-salacious-high-school-yearbooks-scrubbed/; republished below in full unedited for informational, educational and research purposes:
Christine Blasey Ford’s high school yearbooks, which are filled with references to drunken promiscuous parties where the attendees were not able to remember what happened, have been scrubbed from the Internet.
The Cult of the First Amendment blog was able to save copies of the yearbooks before they disappeared.
Christine Blasey Ford claims that Judge Brett Kavanaugh “physically and sexually assaulted” her during a party in the early 80’s when she was 15 and Kavanaugh was 17, although two other people Ford claims were present when the assault happened have denied that it ever happened.
Ford’s yearbooks, which cover her sophomore, junior and senior years, the exact time frame when she claims the assault happened, portray a debauched environment of constant binge drinking and partying.

“Lastly one cannot fail to mention the climax of the junior social scene, the party,” reads one passage. “Striving to extend our educational experience beyond the confines of the classroom, we played such intellectually stimulating games as Quarters, Mexican Dice and everyone’s favorite, Pass-Out, which usually resulted from the aforementioned two.”
Another passage emphasizes how “loss of consciousness” at such parties meant that attendees only retained hazy memories of them.
“And there were always parties to celebrate any occasion,” reads one passage. “Although these parties are no doubt unforgettable, they are only a memory lapse for most, since loss of consciousness is often an integral part of the party scene.”

Another entry describes the rampant promiscuity that took place during Ford’s time at Holton-Arms, including one description of how, “Ann [redacted last name] and friends picked up some men who passed out in their apartment…”

Another entry makes reference to the “boys, beer and “the ‘Zoo’ atmosphere,” while chiding faculty and parents with the line, “Come on, you’re really too young to drink.”

Another passage emphasizes how promiscuous the girls were in their “choice of men. “No longer confining ourselves to the walls of Landon and Prep, we plunged into the waters of St. John and Gonzaga with much success.”

Other sections describe the casual racism that went on at the parties, with one girl apparently blacking up and donning an afro wig.

The fact that Ford’s high school years were replete with drunken parties which attendees could barely remember is an important detail given her apparent difficulty to remember specifics about the time when Kavanaugh allegedly assaulted her.
The yearbooks appear to have been mysteriously scrubbed from the web on Monday September 17.

Something very strange is going on.

Holton-Arms, the exclusive girls school of fraud #ChristineBlaseyFord Blasey (class of '84), has WIPED all their online yearbooks, within the last 24 hours.https://issuu.com/holtonarmsschool/docs/1984_scribe …


With Republicans demanding Ford testify before Monday or a vote on Kavanaugh move forward, the credibility of her story is rapidly falling apart.
SUBSCRIBE on YouTube:


All night benders, alcohol-induced amnesia appeared to be the norm at Christine Blasey Ford’s high school


On top of openly admitting to drunken debauchery, one 1984 yearbook recently scrubbed from the web depicted a costume party where a woman wore blackface and dressed as Buckwheat from The Little Rascals – even as a black female also attended the school.

“At Cheryl’s multi-class party…[Redacted name] came as an uncanny Buckwheat, although she washed the makeup and afro off before the guys showed up,” one passage reads.
RELATED: BOMBSHELL: KAVANAUGH ACCUSER’S SALACIOUS HIGH SCHOOL YEARBOOKS SCRUBBED
Commenting on the school’s apparent approval of casual racism, the Cult of the First Amendment blog which archived the yearbooks, noted the lax attitude over blackface costumes exemplified the student body’s “privileged attitude.”


“Seeing such insensitive racism in action at this prestigious girls academy, attended by mostly white rich girls, provides context of the very privileged attitude exhibited by the Holton-Arms all female student body. That the Holton girls got these yearbooks approved by faculty and paid for by their parents shows just how powerful they were in their own right at such a young age,” notes the Cult of the First Amendment Blog.

In another account detailed in the same yearbook, two girls came to a party dressed as “veiled terrorists,” wearing full burqas and carrying guns.
“We were confronted by…a pair of veiled terrorists, [two redacted names], were the guns real or did you just want to get served first?” the yearbook reads, showing a picture of two women in Muslim-like attire.
Another Holton-Arms yearbook from 1982, when Blasey would have been a sophomore, also includes an off-color “Hiel Hitler” joke.
Following a Heavy.com article published on Sept. 17 covering Blasey Ford’s high school years, several yearbooks were deleted from the internet containing salacious details about the elitist WASP culture at Holton-Arms where binge drinking and “pass-out” parties were the norm.
It’s important to note that while extensive attention has been paid to the high school years of Supreme Court nominee Brett Kavanaugh, the media has thus far failed to cover these pertinent facts surrounding Blasey’s high school years, where a culture of drunken “multiple all night benders” and alcohol-induced amnesia, not to mention casual racism, appeared to be the norm.
Why were the yearbooks scrubbed?
Infowars has been banned by Facebook. Please help by sharing this article on your own Facebook page.
Facebook: https://www.facebook.com/adan.salazar.735
Watch: KAVANAUGH ACCUSER SET TO CANCEL SENATE TESTIMONY AFTER SHOCKING HS YEARBOOKS REVEAL DRUNKEN SEX PARTIES, EXTREME RACISM, ADULT MALE DANCERS – AND MORE!
Also, See Kavanaugh’s Accuser’s Shocking Year Book Photos That Words Cannot Describe!
Posted by John at 8:52 AM