CARDINAL: POPE HAS "BIGGER AGENDA" THAN DEALING WITH SEX ABUSE SCANDAL, SUCH AS "PROTECTING MIGRANTS"

FINDING PRIEST MOLESTORS
IS LIKE
"GOING DOWN A RABBIT HOLE"
THE "BIGGER AGENDA"?
JOVIALITY WHILE PEOPLE ARE BEING ABUSED & KILLED
POPE NOT LIKED BECAUSE HE'S A LATINO?
NO, BECAUSE HE'S A RADICAL COMMUNIST/GLOBALIST, APOSTATE ANTI-CHRIST FALSE TEACHER 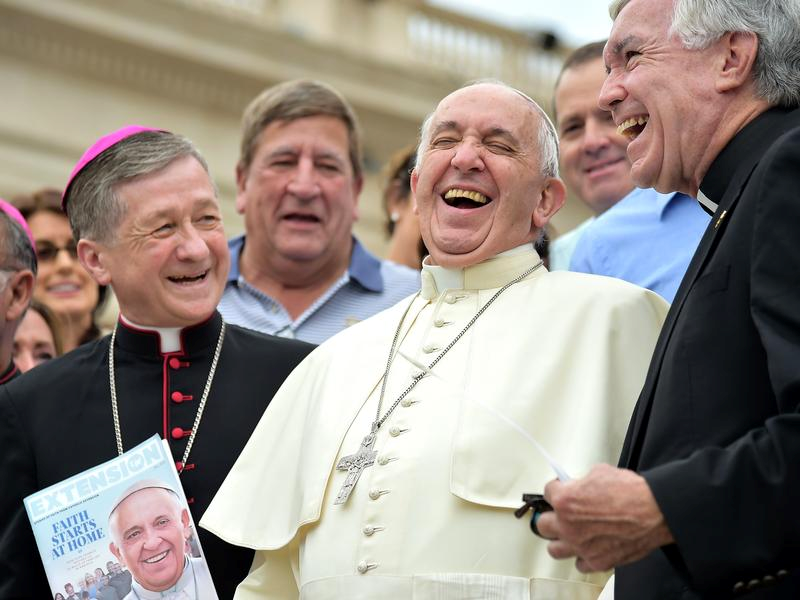 CARDINAL: POPE HAS "BIGGER AGENDA"
THAN DEALING WITH SEX ABUSE SCANDAL, SUCH AS "PROTECTING MIGRANTS"
BY ROBERT SPENCER
SEE: https://www.jihadwatch.org/2018/08/cardinal-pope-has-bigger-agenda-than-dealing-with-sex-abuse-scandal-such-as-protecting-migrants; republished below in full unedited for informational, educational and research purposes:
Protecting Catholics and others who are brutalized or even killed by Muslim migrants? No, that’s not part of the Pope’s “bigger agenda.”
But it is a real concern. Somali Muslim migrant Mohammad Barry in February 2016 stabbed multiple patrons at a restaurant owned by an Israeli Arab Christian; Ahmad Khan Rahami, an Afghan Muslim migrant, in September 2016 set off bombs in New York City and New Jersey; Arcan Cetin, a Turkish Muslim migrant, in September 2016 murdered five people in a mall in Burlington, Washington; Dahir Adan, another Somali Muslim migrant, in October 2016 stabbed mall shoppersin St. Cloud while screaming “Allahu akbar”; and Abdul Razak Artan, yet another Somali Muslim migrant, in November 2016 injured nine people with car and knife attacks at Ohio State University. 72 jihad terrorists have come to the U.S. from the countries listed in Trump’s initial immigration ban.
What’s more, all of the jihadis who murdered 130 people in Paris in November 2015 had just entered Europe as refugees. In February 2015, the Islamic State boasted it would soon flood Europe with as many as 500,000 refugees. The Lebanese Education Minister said in September 2015 that there were 20,000 jihadis among the refugees in camps in his country. On May 10, 2016, Patrick Calvar, the head of France’s DGSI internal intelligence agency, said that the Islamic State was using migrant routes through the Balkans to get jihadis into Europe.
Is it really a Christian requirement to be in favor of one’s home country committing cultural suicide?
In spreading his nonsense, the Pope is endangering his own people, particularly in light of the papal idolatry that is rampant in the Catholic Church today.
“Leave them; they are blind guides. And if a blind man leads a blind man, both will fall into a pit.” (Matthew 15:14) 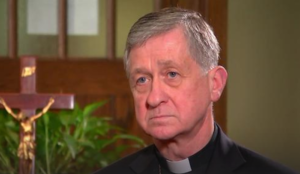 Cardinal Blase Cupich spoke to NBC 5 about the explosive allegations of a former high-ranking church official who claims the Pope knew about charges of sexual misconduct against an American cardinal and says that cardinal was responsible for Cupich’s appointment in Chicago.
“The Pope has a bigger agenda,” Cardinal Cupich said. “He’s got to get on with other things, of talking about the environment and protecting migrants and carrying on the work of the church. We’re not going to go down a rabbit hole on this….Quite frankly they also don’t like him because he’s a Latino.”