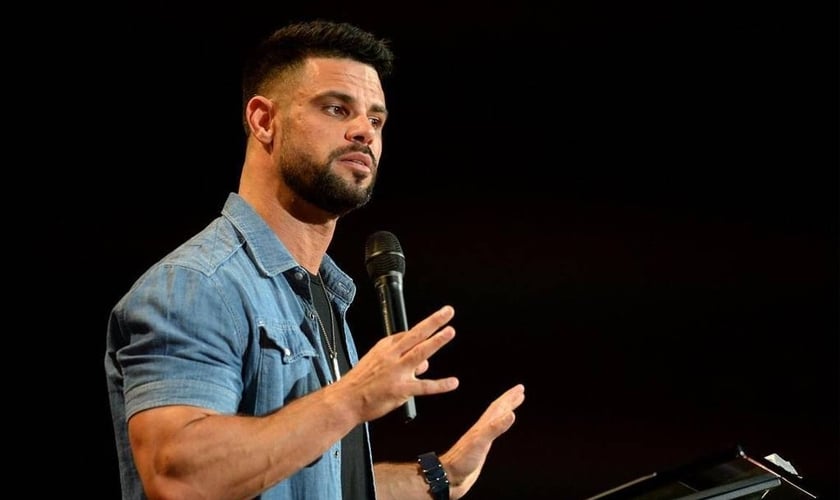 APOSTATE STEVEN FURTICK BOASTS IN DOUBTING JESUS;
SAYS NOBODY FULLY BELIEVES
SEE: http://pulpitandpen.org/2018/07/07/furtick-boasts-in-doubting-jesus-says-nobody-fully-believes/; republished below in full unedited for informational, educational and research purposes:
Steven Furtick recently preached a message to his congregation, stating that he had doubts in the death, burial and resurrection of Christ. Furthermore, he claimed that no one in the congregation fully believed these things. You can watch the video, with commentary and explanation provided below. When discussing the “Sinner’s Prayer” given at the end of the service, Furtick instructed the campus pastor not to make people say that they fully believe the words they were repeating.

He is assuming that faith is the absence of doubt. For me, faith has never been the absence of doubt. Faith is not the absence of doubt; it is the means to overcome it. Do you hear what I’m saying? ‘Cause we get to church and we just all go into this Walking Dead willing suspension of disbelief. And we just believe things that have no impact on our everyday life, like we’re binge-watching Netflix, like ‘I’m just going to watch this a little while and hear a comforting word,’ but then we go out into the world and we doubt this stuff, but we can’t say we doubt this stuff, because doubt is bad an isn’t doubt bad?

Furtick went on to explain – in his opinion – the importance of the Sinner’s Prayer, the superstitious incantation that certain evangelical churches have adopted from the 19th Century heretic, Charles Finney. In the tradition, the church offers an ‘invitation’ and leads the penitent in repeating the words, and usually ends in a pronunciation of salvation. According to Furtick, an Elevation campus pastor led the prayer to the congregation and made a mistake, which Furtick himself had to correct:

To me he made a really big mistake when he was praying the prayer because he was inviting people to pray the prayer and he said, “If you want to give your heart to Christ today and know for sure that you have a relationship with him, pray this: Lord Jesus, I believe I’m a sinner in need of a Savior, and I believe without a doubt…and that’s the part he should’ve left out…That one parenthetical insert without a doubt, I told him never again when you stand in the pulpit at Elevation do I want you to put people into a position to pray something that they can’t honestly pray. In fact, don’t put them in a position to pray something that you can’t honestly pray. Because there’s not one of you in the room – even with tabs in your pink Bible – that you can honestly say [the Sinner’s Prayer] without a doubt (not one of you).

Even Furtick has doubts, according to the skinny jeans-wearing, muscle-bound pastor:

This notion – of doubt not being contradictory to faith – has been a popular talking point among younger and more culturally-popular pastors for six or seven years. New SBC president, JD Greear, also said, “Faith is not the absence of doubt; it is continuing to follow Jesus in the midst of doubt.” Many others have expressed the sentiment, including son of John Piper, Barnabas Piper, in his book, “Help My Unbelief: Why Doubt is Not the Enemy of Faith.”
In reality, it seems that many megachurch pastors will say whatever they need to say to convince lost people in their stadium seating that they’re saved, even if it’s telling them it’s okay to doubt the death, burial and resurrection of Christ.
The Bible does not speak favorably of doubt, nor does it speak of the compatibility of doubt with faith. Likewise, Furtick is demonstrably wrong for telling the campus pastor to ask people to pray with doubt. This is explicitly against the teaching of Scripture, which reads:

But let him ask in faith, with no doubting, for the one who doubts is like a wave of the sea that is driven and tossed by the wind – James 1:6

Furtick added, “I have my doubts. Is that alright? Do you need to find another church now that you know the man with the mic has doubts? I have my doubts.”
Posted by John at 9:02 AM