SEE: https://www.thenewamerican.com/culture/faith-and-morals/item/28764-major-media-ignores-nationwide-student-led-pro-life-walkout
BY ADAN SALAZAR
SEE: https://www.infowars.com/students-nationwide-stage-pro-life-walk-outs/; republished below in full unedited for informational, educational, and research purposes:
Anti-abortion walkouts took place across the country Wednesday, with many college and high school students protesting Planned Parenthood and the murder of innocent children in the womb.
Photos provided by the Students for Life organization show hundreds of pro-life students from over 350 schools in California, Minnesota, New Mexico and other states participated in the demonstration.

So proud of the more than 60 students who participated in the #ProLifeWalkout from my high school. We are the #ProLifeGeneration. @Students4LifeHQ 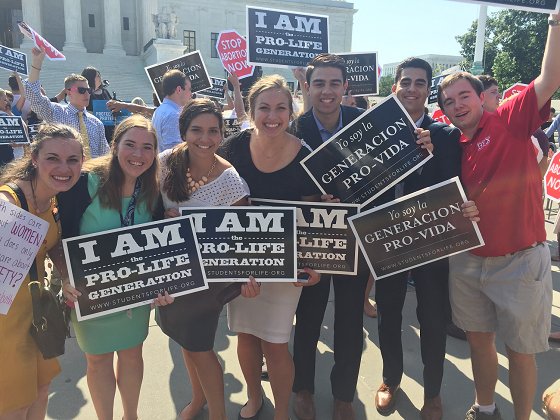 Please pray for all the students participating in the #ProLifeWalkOut today. The walkout begins at 10 a.m. and will last for 17 minutes. Students will stand in silence and prayer to mourn the loss of the ten babies that have been aborted at Planned Parenthood in that time frame. 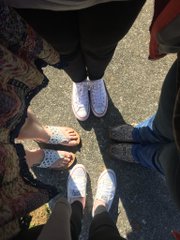 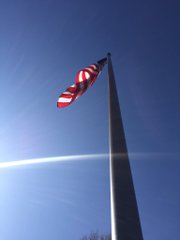 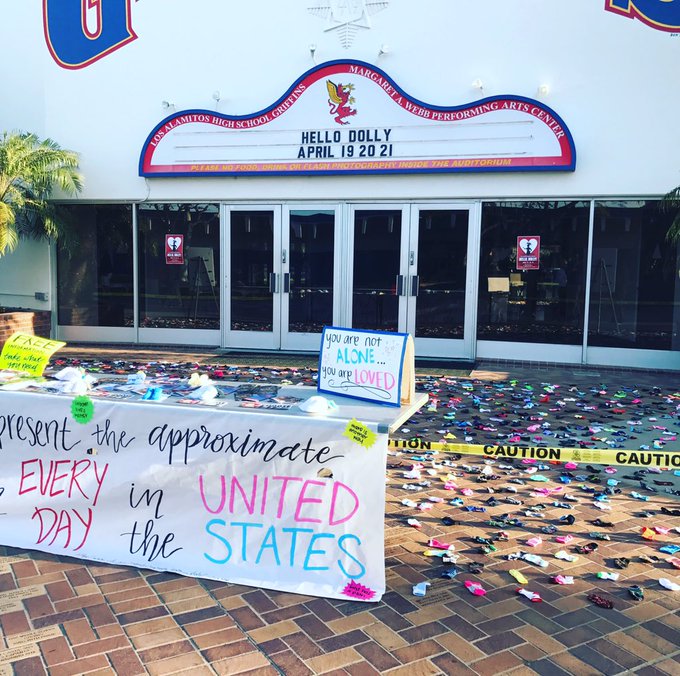 So honored to join students at Los Alamitos High School in LA today for the #ProLifeWalkout. Look at this awesome display they also set up to remember the 1700 that will be lost today because of #abortion! #defundPP #abolishabortion 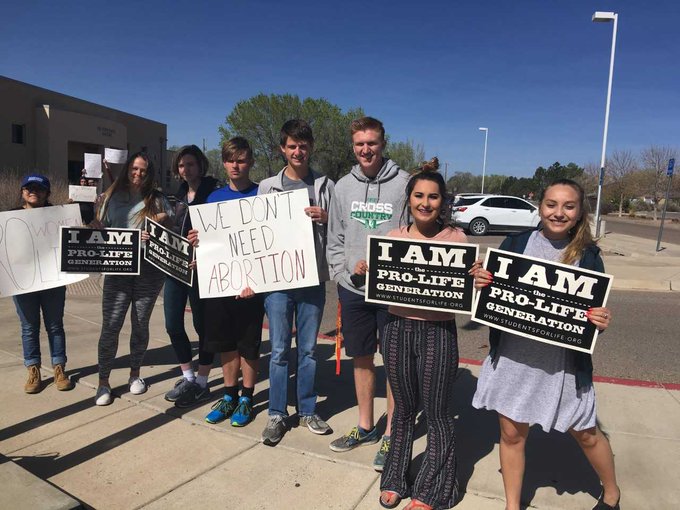 Thanks to the #prolifegen at Moriarty High School in New Mexico for participating in the #prolifewalkout today! 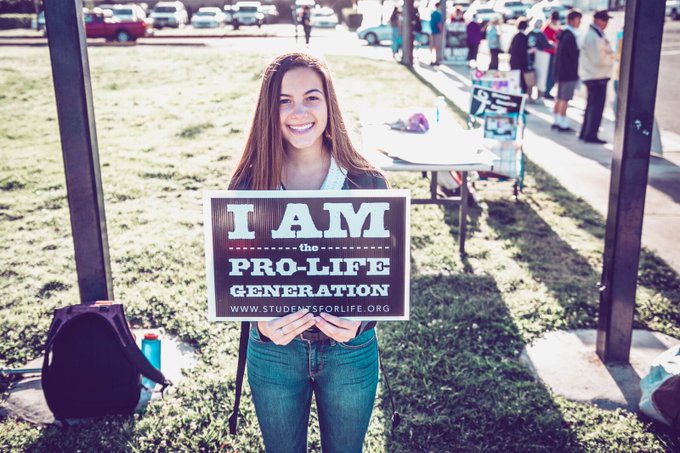 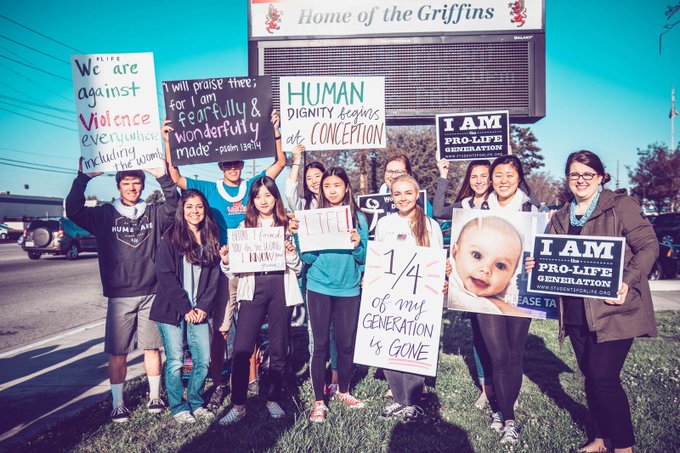 We will abolish abortion!


Students largely organized the anti-abortion protests after California teacher Julianne Benzel was punished for asking her students to consider whether walkouts would be allowed for issues other than liberal causes.
Rocklin High School student Brandon Gillespie suggested holding a walkout to protest abortion and to highlight the double standard.
Despite the student receiving backlash from administrators and editors of the school paper, he successfully managed to organize a nationwide campaign to, in his words, “honor all the lives of aborted babies pretty much. All the millions of aborted babies every year.”
As noted at Life News, mainstream media coverage of the protests was minimal in contrast with the anti-gun student march held last month.
Some students also claimed they were suppressed by school principals who tried to talk them out of holding walkouts. 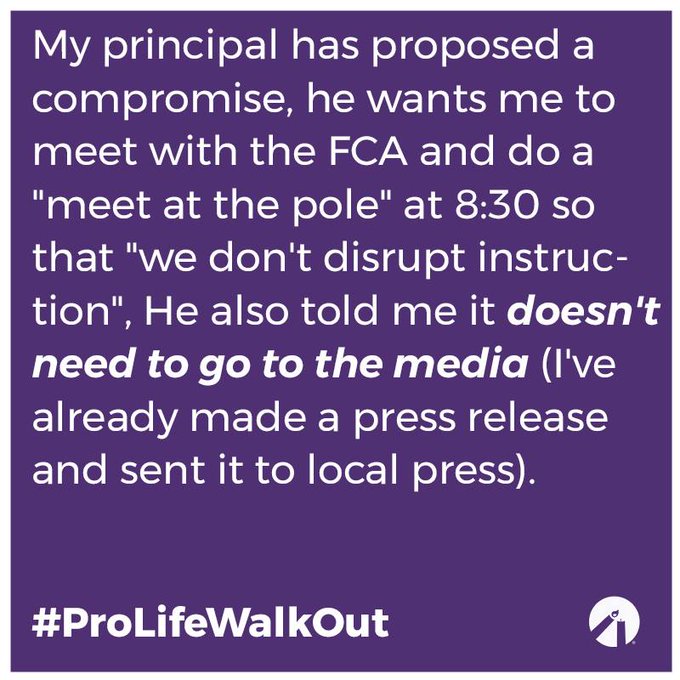 One principal tried to intimidate a student out of promoting his #prolifewalkout. Hmm... 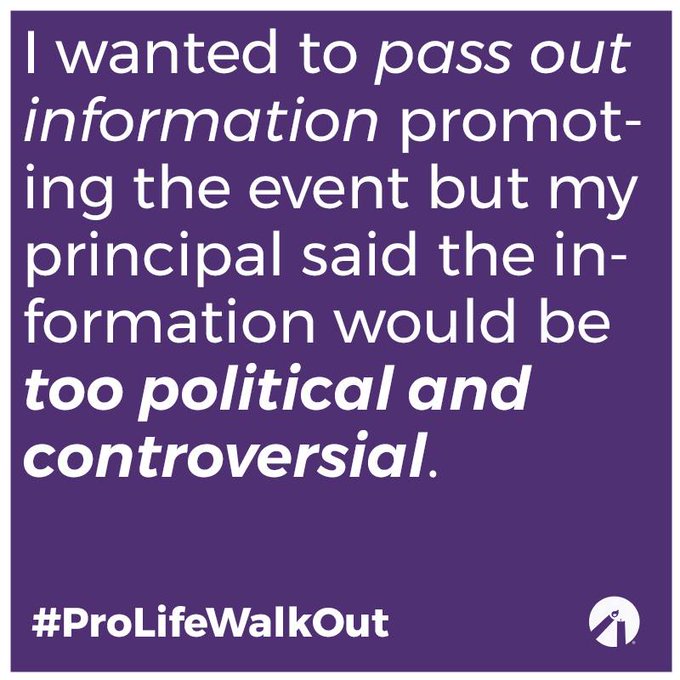 Schools that went out of their way to organize other walkouts think standing up for babies killed in the womb is "too controversial."#prolifewalkout #endabortionviolence


“My principal has proposed a compromise, he wants me to meet with the FCA and do a ‘meet at the pole’ at 8:30 so that ‘we don’t disrupt instruction,’” one student told Students for Life. “He also told me it doesn’t need to go to the media (I’ve already made a press release and sent it to local press.”
The Sacramento Bee reports students at Gillespie’s high school were not disciplined for holding the walkout.
Watch: David Knight speaks with Rocklin High School AP History teacher Julianne Benzel after officials put her on administrative leave during anti-gun walkouts.