ACTIVIST JUDGE JAMES ROBART STOPS
TRUMP'S IMMIGRATION POLICY
SEE: http://www.newswithviews.com/NWV-News/news565.htm;
The federal judge -- who on Friday issued a restraining order on President Donald Trump's program to prevent Muslim refugees and visitors from a number of terrorist hotbeds from entering the United States until they can be vetted and certified as no threat to American citizens -- is an activist who believes his job is to provide social justice rather than interpreting the U.S. Constitution. www.judicialselectionstrikeforce.org
Ironically he is the same judge who made national headlines in 2016 when he ruled that “Black Lives Matter” in a federal courtroom, thus giving a radical, violence-prone group legitimacy. 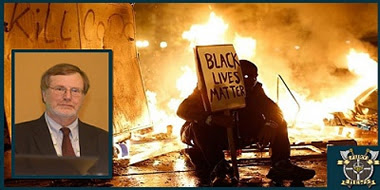 U.S. District Court Judge James Robart made his Black Lives Matter declaration while hearing a case against the Seattle (Washington) Police Department that opposed the implementation of new police procedures that city. According to Lt. Stuart Larkingwicz of the American Federation of Police, Robart's actions and statements amounted to a federal judge officially supported the activist group from the bench.
A check of Robart's overall career reveals he once represented Southeast Asian immigrants attempting to "jump in front of the immigration line” prior to his judicial work for the federal court system. His biggest case involved police and black citizens in Seattle:
The Seattle Police Department was accused of using excessive force against non-whites in the city. The police chief and other officials promised to make changes in order to avoid federal civil prosecution. But Robart insisted the police union had been dragging its feet implementing changes. 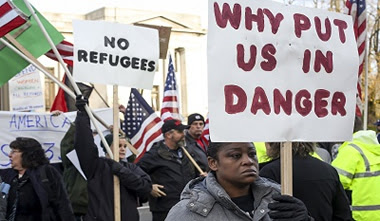 Robart then scolded the police officers' union during an August 2016 hearing. “The court and the citizens of Seattle will not be held hostage for increased payments and benefits,” he said. “I’m sure the entire city of Seattle would march behind me.”
"This decision was all politics and no substance. It's not based on anything in the U.S. Constitution, either. When Obama had a ban on Iraqis and others coming into the country, where was Judge Robart? He was on the bench then, as well. He's a part of the RINO [Republican in name only] wing of the GOP and sees his job as being someone who will mete out 'social justice' to the downtrodden," said former military officer, police commander and political strategist Michael Baker.
Also, on Saturday, veteran watchdog Larry Klayman, the founder of both Judicial Watch and now Freedom Watch and a former Justice Department prosecutor, issued a statement in the wake of the what he calls an illegal decision by a federal judge in Seattle to place a temporary restraining order on the recent executive action by President Donald Trump to put a 90-day hold on immigration from 7 Middle Eastern countries, all of which harbor huge numbers of Muslim terrorists bent on harming the United States. www.freedomwatchusa.org.

Klayman had this to say:
“The ruling is regrettably not surprising, as this judge not only disobeyed and flouted the law but apparently was more intent on making a name for himself in a very leftist state, Washington, and around the nation. While he was nominated by former President George W. Bush, this means little to nothing. The Bush family and many of its Republican establishment officials, after the unsuccessful presidential campaign of Jeb Bush, not only harbor an animus against President Trump, but W.’s appointed federal judges during his failed administration were generally not strict constructionists of the Constitution, or the rule of law. In addition to this renegade Seattle judge, James Robart, who also has taken over control of the Seattle Police Department, I am reminded of another W. appointee, federal judge Murray Snow who presides in the federal court in Phoenix, Arizona, who not only also has taken control of the Maricopa County Sheriff’s Office, but unethically persecuted former Sheriff Joe Arpaio, boasting to his wife that he was bent on destroying Arpaio while presiding over a contempt trial sparked by the ultra-leftist and itself unethical ACLU.
“The bottom line is this: Judge Robart has illegally and unconstitutionally blocked executive power to curtail immigration of non-citizens and non-permanent residents, all of which have no rights to enter this country at will. Here, there was not even a bar put in place by President Trump, but simply a temporary hold on issuing visas to allow time to put in place an extreme vetting process to weed out terrorists.
Thus, President Trump’s reaction to this outrageous grab of judicial power was mild. Judge Robart should be impeached for his blatant political act and illegal grandstanding, obviously designed to make a name for himself. www.freedomwatchusa.org.
“Finally, this underscores why Freedom Watch’s Judicial Selection Strike Force Coalition is so important an endeavor. There currently are about 100 judicial vacancies on the federal lower courts and we intend to vet and recommend judges to President Trump for appointment who adhere to the Constitution and the rule of law in general, like Supreme Court nominee Neil Gorsuch. Currently, by and large what we have on the federal bench, with some exceptions, are ‘politicians in robes.’ This is very dangerous, as federal judges are our most important public servants, as they were intended by the framers of the Constitution to be independent and free of politics to protect We the People from the tyranny of the other two branches of government. What we see with Judge Robart’s illegal ruling ironically is ‘judicial tyranny’!”
_______________________________________________________
Is Judge Blocking Trump Travel Ban
Committing Treason?
________________________________________________________

Published on Feb 5, 2017
Seattle, Washington Federal Judge James Robart based his judgement of the Trump administration's decision to follow through with a travel ban of seven Muslim countries as "not rationally based". However, this purported logical judge was quoted by CNBC as stating "Black lives matter."
In August of 2016 Breitbart reported that The Black Lives matter movement was funded by U.S. National Security public enemy number one George Soros " ....in a detailed 69-page Open Society report on the agenda of an Open Society U.S. Programs board meeting held in New York October 1 to October 2, 2015." A portion of the Soros funded agenda read.
Recognizing the need for strategic assistance, the U.S. Programs Board approved $650,000 in Opportunities Fund support to invest in technical assistance and support for the groups at the core of the burgeoning #BlackLivesMatter movement"
Furthermore, Soros' shaping of Black Lives Matter was used to alter the 2016 elections, oddly never mentioned by the Democratic zeal to solely blame the Russians. As a hacked open society document stated "Leaders of #BlackLivesMatter and The Movement for Black Lives worked to influence candidate platforms during the 2016 primary season. This came alongside the recent acknowledgement by political strategists that African-American voters may be much more pivotal to the 2016 general election than previously forecasted."

President Trump responded to Judge Robart in a tweet stating"What is our country coming to when a judge can halt a Homeland Security travel ban and anyone, even with bad intentions, can come into U.S.?" The DHS has stopped flagging travelers. And direct flights have resumed from the previously banned countries to the United States.

After the DOJ quickly appealled Judge Robart's decision a Federal 9th Circuit Appeals Court declined to reinstate the Travel Ban. We are now playing Russian roulette with our National Security. Set into motion by a Federal judge basing his decision on political opinion rooted in the subversion of George Soros' Open Society initiatives.

The courts have and will continue to recognize that this executive order favors Christians and disfavors Muslims and that is antithetical to American values and flatly inconsistent with the United States Constitution.

This erroneous comparison between Christians and Muslims aims to stir up division and once again reveals the myopia of leftists and the the anti-Trump camp. The reason for the Trump immigration policy is solely national security. How many Christians have been infiltrating the refugee stream for the purpose of murdering Westerners? How many Christians have been raping and sexually assaulting non-Christian Western women and girls all across Europe? How many Christian migrants have been committing crimes and wreaking havoc to the tune of the 46 billion dollars that German and European taxpayers now have to fork over to fix?
There is no discriminatory intent about the Trump order. At worst, it can be described as a drastic measure in a crisis. This obvious point was addressed by White House press secretary Sean Spicer, who said in a statement:


The president’s order is intended to protect the homeland and he has the constitutional authority and responsibility to protect the American people.


U.S. District Senior Judge James Robart of Seattle on Friday issued a nationwide restraining order blocking the travel ban put in place by President Trump last week.
Trump’s ban, created through an executive order, sought to block people from seven majority-Muslim countries from entering the United States.
In issuing his decision, Robart was siding with Washington Attorney General Bob Ferguson, who filed a suit to block key provisions of the president’s executive order, which also bars Syrian refugees from entering the country.
White House press secretary Sean Spicer released a statement Friday night saying the Department of Justice would seek an emergency stay of this “outrageous order.”
“The president’s order is intended to protect the homeland and he has the constitutional authority and responsibility to protect the American people,” Spicer said in the statement.
Statement by the Press Secretary:
At the earliest possible time, the Department of Justice intends to file an emergency stay of this order and defend the executive order of the President, which we believe is lawful and appropriate. The president’s order is intended to protect the homeland and he has the constitutional authority and responsibility to protect the American people.
As the law states, “Whenever the President finds that the entry of any aliens or of any class of aliens into the United States would be detrimental to the interests of the United States, he may by proclamation, and for such period as he shall deem necessary, suspend the entry of all aliens or any class of aliens as immigrants or non-immigrants, or impose on the entry of aliens any restrictions he may deem to be appropriate.”
Washington state Gov. Jay Inslee, a Democrat, hailed Ferguson and applauded the decision.
“We should feel heartened by today’s victory and more resolute than ever that we are fighting on the right side of history,” the governor said in a statement. “Thank you to (Attorney General Bob Ferguson) and his team for making the case that no person – not even the president – is above the law.”
Amnesty International also applauded the development.
“This decision is a short-term relief for thousands of people whose lives have been upended, but Congress must step in and block this unlawful ban for good,” organization spokesman Eric Ferrero said in a statement. “Trump’s Muslim ban is in humane, unlawful, and discriminatory, which is why the courts and the public want it to be stopped.”
Ferguson said his team has been working around-the-clock for the last week on reversing the executive order.
“It’s obviously an historic decision and an important one for the rule of law and for the people of the state of Washington and the people of our country. I have said from the beginning: it is not the loudest voice that prevails in the courtroom, it is the Constitution, and that’s what we heard from Judge Robart today.”
The decision is effective immediately nationwide, Ferguson said.
A lawyer with the national office of the American Civil Liberties Union said the decision was significant.
“The decision in Washington reaffirms that the courts will stand up to the president,” said Lee Gelernt, the lawyer who successfully argued for a restraining order against Trump’s ban in federal court in Brooklyn, N.Y.
“The courts have and will continue to recognize that this executive order favors Christians and disfavors Muslims and that is antithetical to American values and flatly inconsistent with the United States Constitution.”….