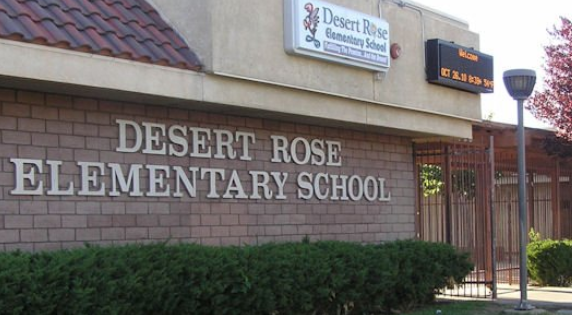 PALMDALE, Calif. – Palmdale’s Desert Rose Elementary School faces potential litigation after school officials dispatched a Los Angeles County Sheriff’s deputy to the home of a 7-year-old for sharing bible verses during non-class time.
The Liberty Council, a religious liberties and education nonprofit law firm, recently sent a letter to school officials outlining “an outrageous violation of a first grader’s constitutional rights” stemming from Bible verses his mother, Christina Zavala, packed with the boy’s lunch.
The 7-year-old shared the daily Bible verses with his classmates, and many interested students requested their own copies, which Zavala happily provided along with short Bible stories for context, the Santa Monica Observer reports.
“However, when one little girl said ‘teacher – this is the most beautiful story I’ve ever seen,’ ‘separation of church and state’ was the response, and the notes were banned from lunchtime distribution,” according to the Liberty Council. The student, identified as “C,” “was told that the school gate was the only location at which he could give the Bible verses to his friends, and only after the bell rang.”
Zavala wrote school officials April 19 to protest the decision. She contends her son was called in front of the class and reprimanded – ordered to cease discussions about religion – in retaliation.
Regardless, C complied with the school directive and distributed the daily Bible verses to his friends outside of the school gate. School officials were apparently not satisfied, and principal Melanie Pagliaro approached the student’s father outside of the school May 9. The Liberty Council contends Pagliaro ordered the boy to move off of school property for the daily ritual, which continued to attract more of his classmates.
C again complied with Pagliaro’s directive, but school officials were not content to simply chase him from campus.
“Later that day … a Los Angeles County Sheriff knocked at the door of C’s home, demanding that C’s note sharing cease altogether because ‘someone might get offended,’” the Liberty Council reports. “C’s family then asked Liberty Council to help protect their child’s constitutional freedoms.”
Liberty Council legal affairs vice president Horatio Mihet likened the ordeal to living in Communist Romania.
“I would expect something like this to happen in Communist Romania, where I went to elementary school, but cops don’t bully 7-year-olds who want to talk about Jesus in the Land of the Free,” he said.
The nonprofit sent Palmdale School District officials a 5-page letter outlining exactly how Desert Rose staff violated the student’s constitutional rights through a misunderstanding of the “separation of church and state,” as well as the district and state codes regarding solicitations and communications.
California law, Liberty Council points out, specifically states that “pupils of the public schools shall have the right to freedom of speech, including but not limited to, distribution of printed materials. Expression can only be prohibited that is obscene, libelous or slanderous, and constitute a clear and present danger of commission of unlawful acts.”
“The district simply cannot prohibit student speech during non-instructional time, where that speech is neither lewd, obscene, nor indecent. Students are allowed to discuss a variety of topics during non-instructional time, including super heroes, television and current events, extra-curricular activities, and other things of interest to the students, including religious topics,” the Council’s letter to the district read.
“The district cannot suppress and censor this discussion, or the one-page notes consisting of Bible stories and versus placed by C’s mother in C’s lunch for his own personal enjoyment and edification; which he voluntarily chose to share with his little friends during non-instructional time; which interested classmates were free to accept or refuse, at their own discretion.”
The law firm demanded that district officials respond in writing by June 1 to rescind the no religion ban, allow the student to resume sharing with his friends, and to correct the misinformation delivered to students when C was reprimanded, or face possible litigation.
“If being censured for religious expression by one’s first grade teacher in front of one’s classmates is not intimidating and humiliating enough, the message of hostility to a child’s religious expression is underscored by the district calling law enforcement for a ‘follow-up visit’ to his house,” the letter read.
School officials ignored the letter, WND reports.
A spokesman for the Los Angeles County Sheriff’s Office claimed to be unaware that a deputy responded to the child’s home to enforce the school’s decree.
Officials with the Palmdale School District refused to comment on the case, according to the news site.
_______________________________________________________________________
SEE 5 PAGE LETTER TO SCHOOL DISTRICT:
https://www.lc.org/PDFs/Attachments2PRsLAs/2016/060216-Ltr-Superintendent-Maldonado-Palmdale-CA.pdf

SEE: http://christiannews.net/2016/06/06/school-calls-police-on-seven-year-old-who-brought-bible-verses-to-read-at-lunchtime/;
QUOTE:
"In a Facebook post on Friday, Christina provided her perspective on the situation.
“We are learning firsthand about our ‘rights’ as Americans and learning to walk in the grace and truth God has given us through Jesus,” she said, saying their family would continue to be “bold in love and truth.”
“God is awesome we give Him ALL the glory!” she wrote."