"HATERS ARE GOING TO HATE";

ESPECIALLY THIS ONE WHO HATES CHRISTIANS 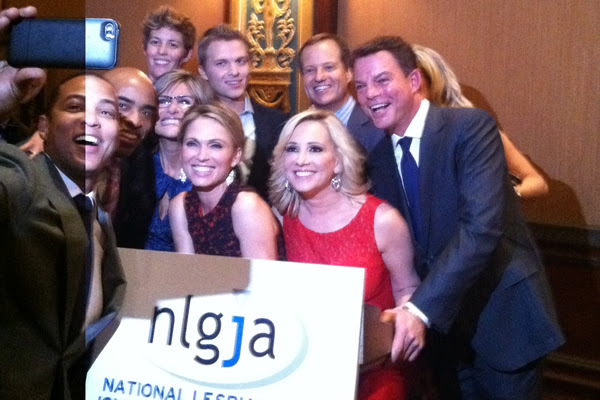 Dispatch: Fox News Comes Out
Published on Jan 8, 2014
Fox News Anchors claim to be Catholic, but is that true? This Dispatch delves into the topic and reaches the truth of the matter.

For resources and to purchase this video, visit http://www.churchmilitant.tv/dispatch...

During live coverage of Kentucky clerk Kim Davis’ release from prison, Fox News’ Shepard Smith unexpectedly started speaking over the press conference, calling it a “religious play” and chastising Davis and those who supported her decision to refuse to issue “gay marriage” licenses.

Shepard, who has had his own run-ins with the law, has had his share of random on-air outbursts, this one occurring during Tuesday’s live news broadcast.
Here is the transcript of his statements during the live show:
“Well, they set this up as a religious play again. This is the same crowd that says ‘we don’t want Sharia law. Don’t let them come in here and start telling us what to do. Keep their religion out of our lives and out of our government.’ Well here we go again.
When this started, this lawyer said he needed an accommodation for a woman who wanted one. She said she didn’t want her name on a license — but — for gay people. They couldn’t come up with an accommodation. Now they’ve come up with one, they’ve let her out of jail, said ‘all right, you don’t have to have your name on there, just put the name of the county on there. All this is done.’ But it’s not what they want. You’re hearing now what they want.
This is what they want, and this is what they’re going to get. They’re gonna get a stirred-up argument and a couple of days of the news cycle and they’re gonna be able to make these claims — and the truth is when you get right down to the fundamentals of this, the Supreme Court of the United States says that you can’t have things being okay for one group of people and not okay for another group of people.
This is not unprecedented. They did it when they said that black and white people couldn’t marry. And they said oh, wait, I guess you can. And now they’ve said straight people and gay people can also all get married. You want to get married? Go right at it. The government’s not going to get in the way of you anymore than they did in the way of straight people back in the day.
But haters are going to hate. And we thought that what this woman wanted was an accommodation, which they’ve now granted her — something that worked for everybody, but it’s not what they want. This is what they want.” [emphasis added]
Shepard, who married Virginia Donald, a University of Mississippi classmate in 1987, divorced in 1993 with no children, and in a published 2013 news story by Gawker: “Smith is dating a 26-year-old Penn State grad and Fox Business producer named Giovanni ‘Gio’ Graziano.”
“According to multiple sources with knowledge of their relationship, the couple met sometime after Graziano started working at Fox Report in October 2011 as a production assistant. He’s the man with whom Smith frequents Bathtub Gin,” the news site reported.
In 2012 when president Barack Obama came out in support of homosexual “marriage” after telling ABC News’ Robin Roberts that he has completed his alleged “evolution” on the matter, Smith played a part of the interview of Obama speaking, and then said, “the president of the United States, now in the 21st century.”
Earlier this year in January during his Fox News program, Smith compared states fighting against legalizing “gay marriage” to those that fought for segregation in the 1960’s.
“Not in every case, but in most cases, the same states which were fighting integration are fighting this as well. Those states which always seem to be behind the curve for reasons which are explainable and understandable,” he said.
“Those are the places where this is going to turn out to be the most difficult, especially if the Supreme Court stays with what has seemed to be a trend toward inclusion and away from discrimination,” Smith concluded.
According to FoxNews.com, “Shepard Smith currently serves as the chief news anchor and managing editor for the network’s breaking news division. Additionally, he is the anchor of Shepard Smith Reporting (weekdays 3-4PM/ET). Smith’s highly relatable reporting has been a trademark on FOX News Channel (FNC) since he joined the network at its inception in 1996.”
_____________________________________________________________
SHEPARD INTERRUPTS WITH RANT

Published on Sep 4, 2015
This special edition of America’s Survival TV is the result of the unprecedented persecution of Rowan County, Kentucky, Clerk Kim Davis, a Christian who was taken into custody by federal Marshalls on the order of a federal judge, and then put in jail until she agrees to issue licenses for same-sex marriage bearing her name. Fox News anchor Shepard Smith, who has attacked Davis on the air, has regularly spouted pro-homosexual views on the air, such as when he denounced Chick-fil-A Appreciation Day as the “National Day of Intolerance.” The outburst was triggered by a Chick-fil-A executive speaking out against gay marriage. Smith is said to be dating a young Fox News male staffer.

SMITH IS A GAY LIBERAL

PASTOR MANNING TELLS SHEPARD SMITH TO SHUT UP;
SMITH CLAIMS THOSE WHO QUESTION OBAMA'S ELIGIBILITY FOR BEING PRESIDENT AS "CRAZY"