EPA "ACCIDENTLY" RELEASES CONTAMINATED MINE WATER; COULD IT BE ON PURPOSE FOR AGENDA 21 REASONS? PERHAPS OBAMA WANTS TO LOWER POPULATION
"In any event, days before the incident, retired geologist Dave Taylor wrote to the editors of the Silverton Standard & the Miner newspaper that he believed there would be an intentional breach with ulterior motives behind it."

Officials urging residents to stay out of river

and to keep live stock from drinking water

SEE: http://www.infowars.com/animas-river-closed-to-public-after-epa-dumps-1m-gallons-of-waste/; republished below in full unedited for informational, educational, and research purposes:
ORIGINALLY FROM: http://www.kob.com/article/stories/S3872346.shtml?cat=500#.VdjnBfqVohX

A mine waste spill has spewed about a million gallons of orange-colored discharge into a tributary of the Animas River.

The Environmental Protection Agency said it triggered the release while using heavy machinery to investigate pollutants at the Gold King Mine north of Silverton.
The La Plata County Sheriff’s Office has closed the river to the public.
“This decision was made in the interest of public health after consultation with the Environmental Protection Agency, the Colorado Department of Health and Environment, San Juan Basin Health Department and representatives of the Southern Ute Indian Tribe,” advised Sheriff Sean Smith. “This Order shall remain in effect until it is determined that the river is safe. EPA test results of the Animas River are expected within 24-48 hours, and the Order will be re-evaluated at that time.”
Environmental authorities are scrambling to assess damage from the leak, caused when a plug blew at the Gold King Mine near Silverton. Earlier today, officials say that drinking water is not affected and that the spill is not harmful to humans. The primary pollutants are iron and zinc.
The EPA says that about 1 million gallons of mine waste spewed into Cement Creek, which feeds the Animas.
The Colorado Department of Public Health and the Environment says that there are no fish populations in the Cement Creek watershed because of longstanding water quality impairment.
The Bureau of Reclamation will release more water from the Navajo Dam in order to dilute the merger from the Animas into the San Juan River in Farminigton, NM.
City of Farmington officials are urging residents to stay out of the river and to keep live stock from drinking the water if discoloration is present.
Farmington's drinking water is unaffected, city officials said.
The New Mexico Governor's office criticized how the EPA released information about the spill. In fact, her office learned about the spill from the Southern Ute Tribe, according to the governor's spokesperson Chris Sanchez.
"The Governor is disturbed by the lack of information provided by the EPA to our environmental agencies in New Mexico and strongly believes that people in our communities downstream deserve to have all the information about this situation," Sanchez said in a statement.
______________________________________________________________
SEE ALSO:
http://www.theblaze.com/stories/2015/08/12/epa-administrator-on-the-ground-in-colorado-near-toxic-river-spill-says-water-has-returned-to-pre-event-conditions/
http://www.theblaze.com/stories/2015/08/12/epa-officials-and-colorado-governor-have-tense-back-and-forth-over-assessments-of-the-animas-river-after-toxic-spill/
http://www.durangoherald.com/article/20150811/NEWS01/150819950/article/20150811/NEWS01/150819950/State-federal-officials-clash-over-health-of-Animas-River-

As noted in earlier reports, tons of toxic water tainted with lead, arsenic and heavy metals poured into the Animas River when a contractor working for the EPA inadvertently breached a dam at the Gold King Mine.

Following the breach, the contaminated water spread downstream into New Mexico, Arizona and Utah, and is approaching Southern California.

Initially, the EPA said only about 1 million gallons of contaminated water – which turned the river yellow-orange – flowed into the river, but later the agency was forced to admit that the amount was closer to 3 million gallons.

In any event, days before the incident, retired geologist Dave Taylor wrote to the editors of the Silverton Standard & the Miner newspaper that he believed there would be an intentional breach with ulterior motives behind it.

SEE ALSO: http://republicbroadcasting.org/geologist-predicted-epa-would-intentionally-poison-animas-river-a-week-before-toxic-spill/;
EXCERPT:
To make matters even worse, the EPA actually had a warning about this a week prior to the disaster. A week prior to the spill, retired geologist Dave Taylor wrote a letter to the editor in “The Silverton Standard” pointing out that the EPA was planning a maneuver that could potentially cause toxins from mineshafts to flood into rivers. He also suggested that the EPA was aware of the possible outcomes, and were going forward with the plan anyway to gain funding.
In the letter, Taylor wrote:

“But make no mistake, within seven days, all of the 500gpm flow will return to Cememnt Creek. Contamination may actually increase… The “grand experiment” in my opinion will fail.
And guess what [EPA’s] Mr. Hestmark will say then?
Gee, “Plan A” didn’t work so I guess we will have to build a treatment plant at a cost to taxpayers of $100 million to $500 million (who knows).
Reading between the lines, I believe that has been the EPA’s plan all along.”

"But make no mistake, within seven to 120 days all of the 500 gpm flow will return to Cement Creek. Contamination may actually increase due to disturbance and flushing action within the workings.
The “grand experiment” in my opinion will fail. And guess what Mr. Hestmark will say then?
Gee, ‘Plan A’ didn’t work so I guess we will have to build a treatment plant at a cost to taxpayers of $100 million to $500 million (who knows).
Reading between the lines, I believe that has been EPA’s plan all along. The proposed Red & Bonita plugging plan has been their way of getting a foot in the door to justify their hidden agenda for construction of a treatment plant.
After all, with a budget of $8.2 billion and 17,000 employees, the EPA needs new, big projects to feed the best and justify their existence."
__________________________________________________COLORADO GOVERNOR JOHN HICKENLOOPER ALLEGEDLY DRINKS FROM ANIMAS RIVER

Another EPA disaster, this time in rural Georgia 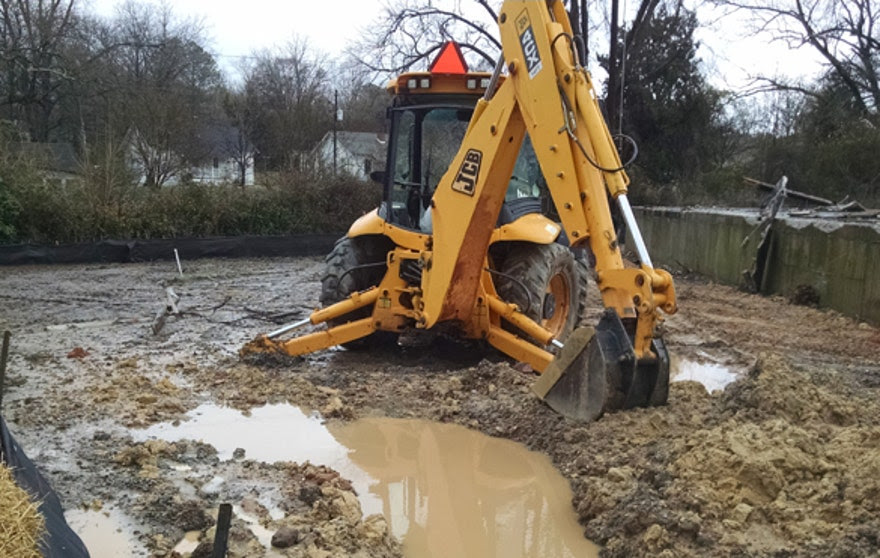 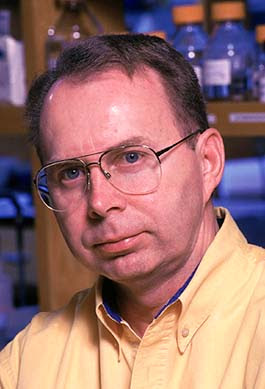 SEE: http://the-trumpet-online.com/another-epa-disaster-time-rural-georgia/; republished below in full unedited for informational, educational, and research purposes:

Still reeling from a disaster it created at a Colorado gold mine, the EPA has so far avoided criticism for a similar toxic waste spill in Georgia.
In Greensboro, EPA-funded contractors grading a toxic 19th-century cotton mill site struck a water main, sending the deadly sediment into a nearby creek. Though that accident took place five months ago, the hazard continues as heavy storms — one hit the area Tuesday — wash more soil into the creek.
The sediment flows carry dangerous mercury, lead, arsenic and chromium downstream to Lake Oconee and then to the Oconee River — home to many federally and state protected species.
Lead in the soil at the project site is 20,000 times higher than federal levels established for drinking water, said microbiologist Dave Lewis, who was a top-level scientist during 31 years at the Environmental Protection Agency.
He became a whistleblower critical of EPA practices and now works for Focus for Health, a nonprofit that researches disease triggers
HAZARDOUS EXCAVATION: An EPA project results in a broken water main, which flooded toxic dirt into a nearby creek.
“Clearly, the site is a major hazardous chemical waste dump, which contains many of the most dangerous chemical pollutants regulated by the EPA,” Lewis wrote in a 2014 affidavit for a court case filed by local residents that failed to prevent the EPA project: creating a low-income housing development.
The mill site contains 34 hazardous chemicals, 30 of which are on the EPA’s list of priority pollutants because of “high toxicity, persistence, lack of degradability, and harmful effects on living organisms,” Lewis wrote.
But while the nation is transfixed by the bright orange waterways in otherwise pristine Colorado wilderness, little attention has been paid to the unfolding Greensboro disaster.
The four-acre site features the abandoned Mary Leila Cotton Mill, which produced sheeting until the early 2000s. Looking like a ghostly fortress, the 135,000-square-foot building with turrets and a water tower was covered in lead-based paint that flaked off and covered the grounds along with ash produced by its coal-burning generators. High levels of cancer-causing chemicals, such as benzo(a)pyrene, are also buried there. And neighboring farmers dumped pesticides on the vacant grounds back when arsenic was used to kill bugs.
The Environmental Protection Agency has denied — but now admits — that it funded the cleanup and development project the triggered the catastrophe.

The EPA issued a grant around 2005 to turn the mill and surrounding grounds into a housing complex for the mentally ill, homeless and indigent. Contractors working with the Georgia Environmental Protection Division (GEPD) have started digging and tearing down the buildings — despite objections by the city of Greensboro and the absence of a plan to deal with the hazardous waste.
EPA and GEPD documents reviewed by Watchdog show proposals to move the dirt elsewhere or to cover it with concrete. In the latter case, the government agencies promise to monitor and repair any potholes, cracks or foundation breaks.
But for Lewis, any excavation would send large amounts of toxic soil into the creek.
Despite the manmade pollutants, Mother Nature has managed to hold her own against further degradation. The toxic soil was mainly confined to densely packed lower levels held in check by a clay barrier near the creek. EPA/GEPD contractors destroyed that barrier with a backhoe.
Now groundwater and other contaminants can flow freely, Lewis said.
The EPA did not respond to a request for comment. The agency has offered conflicting statements about its involvement in the project, alternating between knowing nothing, providing only data and guidance, and acknowledging, finally, that it funded cleanup and development at the site through a grant to the state.
Lewis says his former employer, the EPA, never showed any concern in several responses to his ongoing pleas regarding hazards around the old mill.
In letters to Lewis and David Kopp, who represented the residents in their court case, the EPA downplayed toxicity in the land, pointing to low levels in a 2010 sampling. Lewis says he tested his own samples at the University of Georgia, where he worked for a time as a marine biologist. The results staggered him.
But the EPA told him it knew nothing about Mary Leila Cotton Mill.
“There is no federal agency involved with this project at the mill property,” EPA Regional Administrator Heather McTeer Toney wrote Lewis on Jan. 9. “This property does not warrant federal action at this time.”
Five months later, in a May 28 letter to Lewis, Toney admitted the program was an “EPA brownfields grant-funded project” and that “remediation must be conducted in a manner that is protective of human health and the environment.” The state directed the developer to “maintain the mill property in a manner that protects humans from exposure to hazardous constituents while the property is undergoing corrective action.”
The EPA’s website says brownfields projects are part of the agency’s mandate “to make environmental justice an integral part of every program, policy and activity by…. Applying EPA’s regulatory tools to protect vulnerable communities.”
And involving lead, it appears that the EPA is violating its own standards. The agency prohibits release of untreated lead-laden water into the waterways and cites the Clean Water Act, saying: “The CWA prohibits anyone from discharging pollutants, including lead, through a point source into a water of the United States unless they have a National Pollutant Discharge Elimination System(NPDES) permit.”