THE LIARS OF GAY PROPAGANDA
HAVE A "GAY" TIME
A DISGUSTING WHITEWASH OF WHAT USED TO BE CALLED PERVERSION & GROSS SIN, WITH "AMERICA'S 'PASTOR'", RICK WARREN GLEEFUL
LIBERAL POLITICAL CORRECTNESS; A SLAP AT CHRISTIANS
JUST BEFORE SUPREME COURT RULING ON GAY MARRIAGE
THIS WILL ONLY INCREASE
CHRISTIAN PERSECUTION 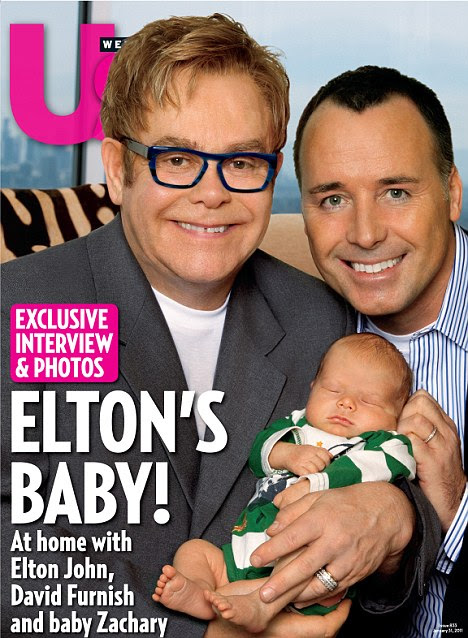 Joke About Kissing Before AIDS Panel

republished below in full unedited for informational, educational, and research purposes:

WASHINGTON — Controversial megachurch leader and author Rick Warren raised concerns Wednesday after joining hands with homosexual singer Elton John during a speech before a congressional hearing on AIDS funding, and joked what would happen if the two kissed.
“It would be the kiss heard ’round the world,” he said.
Photographs show the two raising their hands as they sat down to the witness table and laughing as Warren issued the caution to John. The incident drew concerns from Christians across the country.
“Elton John, the man who has worn more wigs and dresses than Marilyn Monroe, we expect this from. But Rick Warren claims to be a minister of the gospel of Jesus Christ,” wrote Geoffrey Grider of Now the End Begins.
“Here was his perfect opportunity to lovingly and graciously tell not only Elton John, but all of Congress, that without being born again they will die and go to a Devil’s Hell. But instead, he holds hands with a gay man, and jokes about kissing him,” he said.
Warren, the leader of the nearly 20,000 member Saddleback Church, is known for his best-selling book “The Purpose Driven Life.” Elton John, a world-renowned singer recognized for his hits “Candle in the Wind,” “Rocket Man” and “Can You Feel the Love Tonight?” from the film “The Lion King,” is also known for his same-sex “marriage” to his partner David Furnish.
Warren, who believes that homosexual behavior is sinful, has raised concerns in the past for other statements made about homosexuality, including omitting any instruction that men must repent of homosexual behavior in order to be saved.
As previously reported, in 2012, during an interview with the Huffington Post, Marc Lamont Hill asked Warren if he believes homosexuals will go to Hell. Warren replied that they will not.
“No, not because they’re gay,” he said. “We go to Hell because we choose to reject the grace of God.”
When Hill asked what happens to a homosexual that accepts Jesus, Warren responded enthusiastically.
“He’s going to Heaven!” he declared. “Without a doubt.”
Warren has also expressed remorse for making a video in support of California’s Proposition 8, which sought to enshrine marriage as being between a man and a woman, because it was seen as his admonition to the nation.
“I learned that anything I say now privately is now public. And I actually learned from that mistake of going, ‘Oh, wait a minute, everybody took that like I was pontificating to the whole world,'” he said.
“I would not have [done it again],” Warren stated. “I would not have made that statement. I wanted to talk to my own people as a duty, because as a shepherd, I’m responsible for those who put themselves under my care. I’m not responsible for everybody else. I am responsible for the people who choose to be under my care and ask me a question.”
Concerns have additionally been raised over Warren’s call for Christians to unite with Roman Catholics, as he appeared at the Vatican last fall to speak at an interfaith conference on the “Complementarity of Man and Woman.”
“We have far more in common than what divides us,” he said in a video released by the Catholic News Service.
_____________________________________________________________