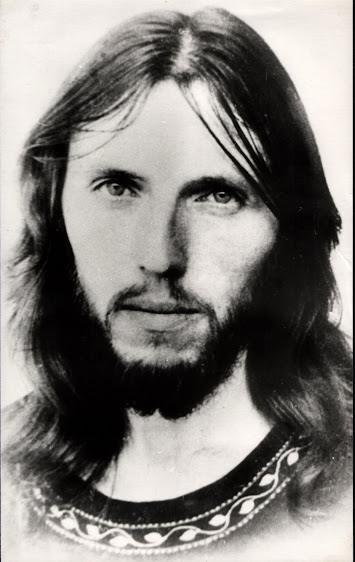 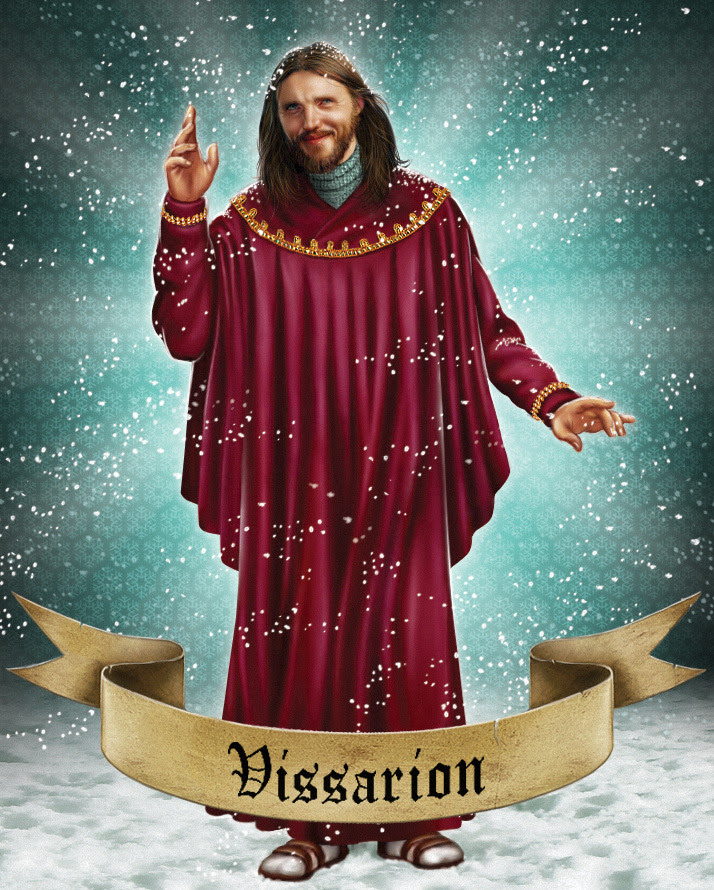 Among the growing list of false christs as seen in the movie, "I Am Jesus", http://iamjesusmovie.com/, there is one in particular who has a large following of about 4,000 people in a remote location in Petropavlovka,Russia, known as the "promised land", with adherents of about 50,000 in other areas.
VISSARION
FOUNDER OF
"COMMUNITY OF UNIFIED FAITH"
AND
"CHURCH OF THE LAST TESTAMENT"

Vissarion (aka Sergey Anatolyevitch Torop, also known as the "Teacher"), founder of the "Church of the Last Testament", known as "Jesus of Siberia". 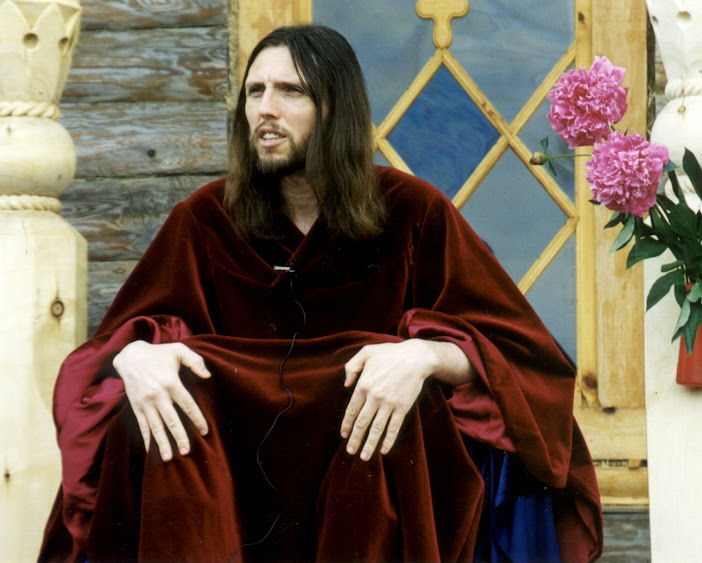 Published on May 16, 2012 on YouTube:
SEE: http://www.vice.com/read/the-mysteries-of-the-teacher-0000099-v18n12?Contentpage=-1, and
http://en.wikipedia.org/wiki/Vissarion, the latter which states:
Vissarion claims to be a reincarnation of Jesus. He teaches reincarnation, veganism, the impending end of the world (or at least of civilization as we know it), and the belief of aliens. On August 18, 1990, when he was 29, Vissarion claims that he had a revelation that he was the reincarnation of Christ. He first spoke publicly in Minusinsk on 18 August 1991. He founded the "Church of the Last Testament" (Церковь Последнего Завета Tserkov Poslednego Zaveta), also known as "Community of Unified Faith".
Vissarion was born in Krasnodar; after service in the Red Army, he settled in Minusinsk. He worked as a patrol officer before losing his job in 1989.
He claims that in 1990 he was "reborn" as Vissarion, the returned Jesus Christ. In his system this does not make him God, but instead the word of God. His religion combines elements of the Russian Orthodox Church with Buddhism, apocalypticism, collectivism, and ecological values. His followers observe strict regulations, are vegans, and are allowed no vices such as smoking or drinking alcohol and money is banned. The aim of the group is to unite all religions on Earth. Vissarion has two wives, and six children from two marriages. He rejected his first wife and married a nineteen year-old girl, who had lived with Vissarion since the age of seven. Vissarion has a sister named Irina. Vissarion considers Mary, mother of Jesus, as his own mother. 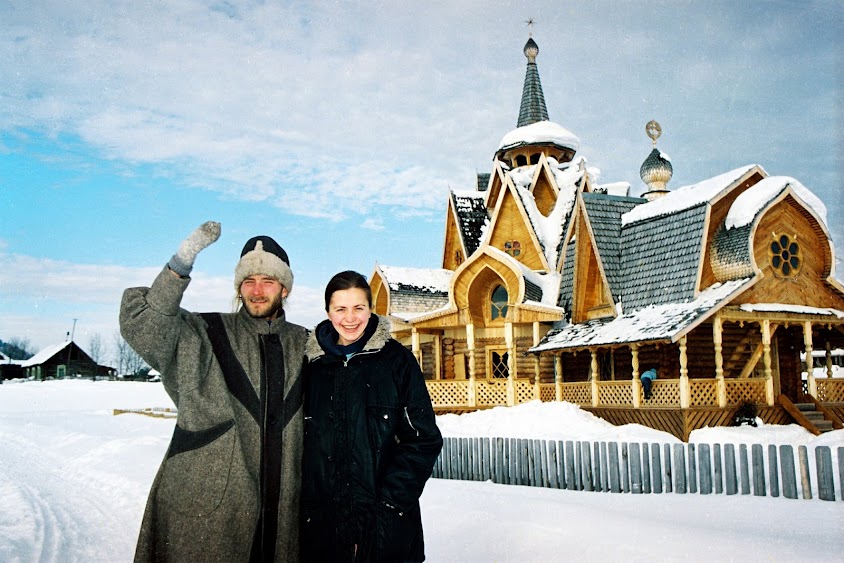 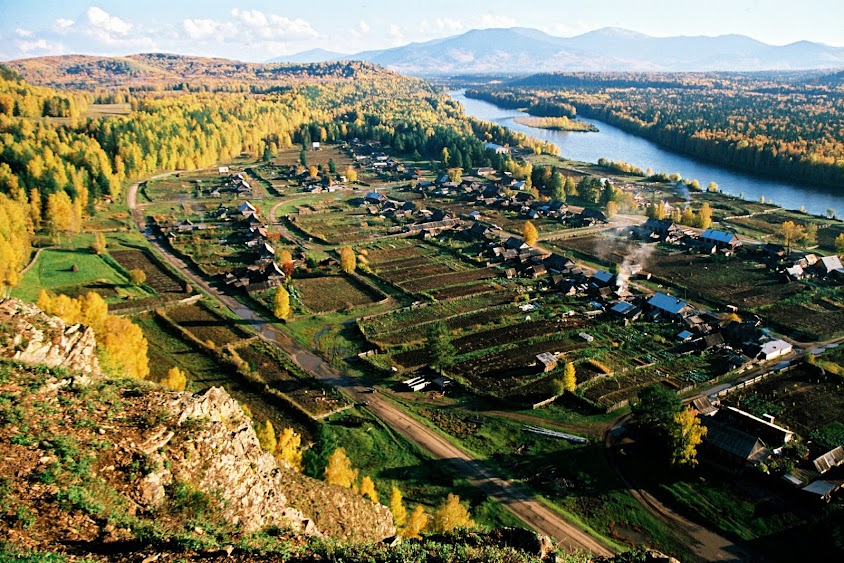 is Vissarion, a native Bulgarian, (see: http://vissarion.eu/), a cult leader who looks like Jesus and claims to be the voice of God. He's known as "the Teacher" to his 4,000+ vegetarian ex-professional followers, who initially seem surprisingly normal. Over time, however, their unflinching belief in UFOs and the Earth's imminent demise made this group start to look more and more like some sort of strange cult. Vissarion is a 29-year-old patrol officer and talented painter named Sergey Anatolyevitch Torop publicly declared himself reborn as Vissarion. Since then he’s fostered a “unified religion” that is a vast amalgam of Christian, Buddhist, Hindu, pagan, and other spiritual beliefs. Vissarion's "Last Testament" is translated in part here: https://sites.google.com/site/vissariontestament/. 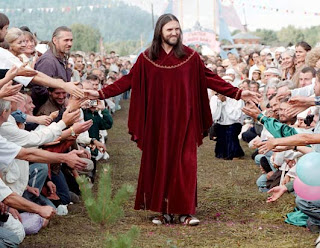 Vissarion addresses his followers in a sermon on the Holiday of Good Fruits:

The procession to the Temple Mount on the Holiday of Good Fruits:

Festival of the Good Fruits:

A female gathering in the early morning, Petropavlovka, Russia:

Published on Jan 30, 2014
A self-proclaimed Messiah has been operating in Siberia's Krasnoyarsk Region. The founding father of the Vissarion Brotherhood and the Church of the Last Testament, who calls himself "The Teacher," predicts a new Great Flood, promises salvation and spiritual perfection to his followers. His followers choose to abandon their homes and build settlements near the sacred Mountain, where "The Teacher" lives. One woman, a former member of the sect, shares her experience and explains how her new faith has torn her family apart.